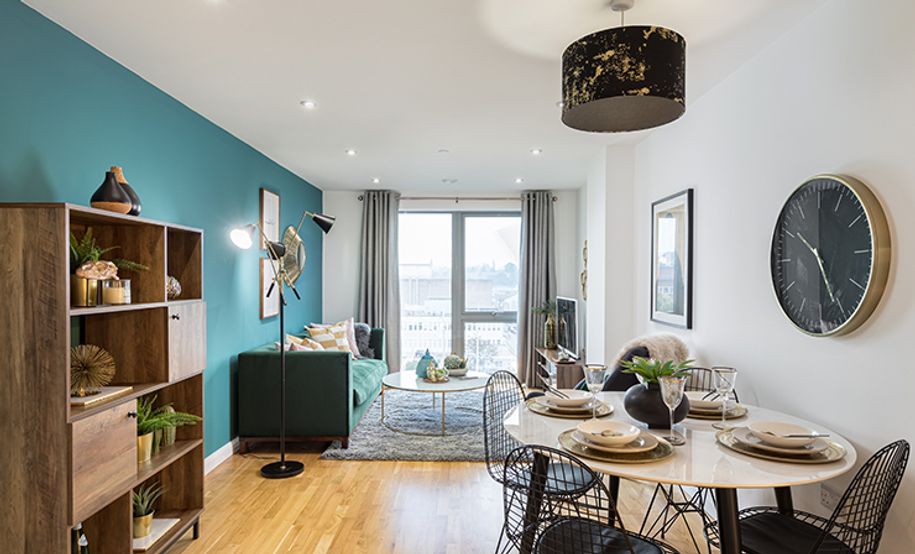 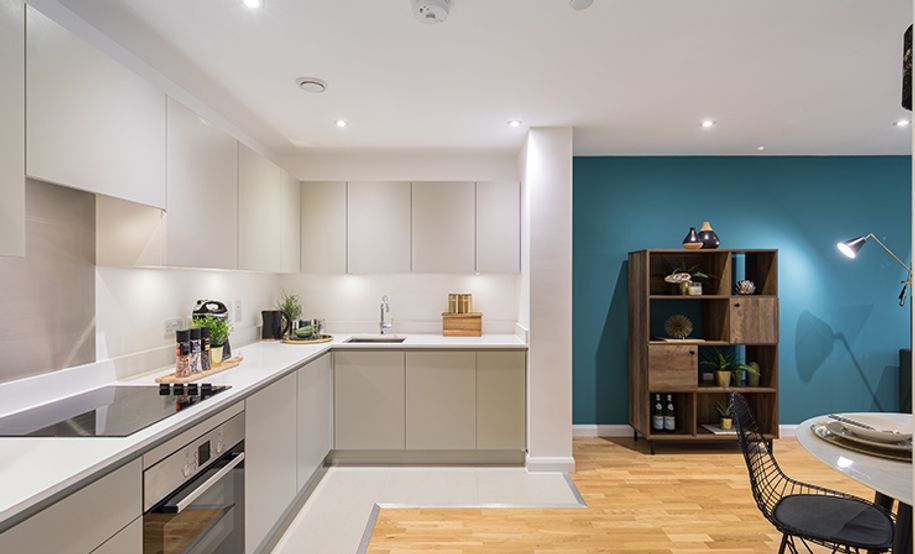 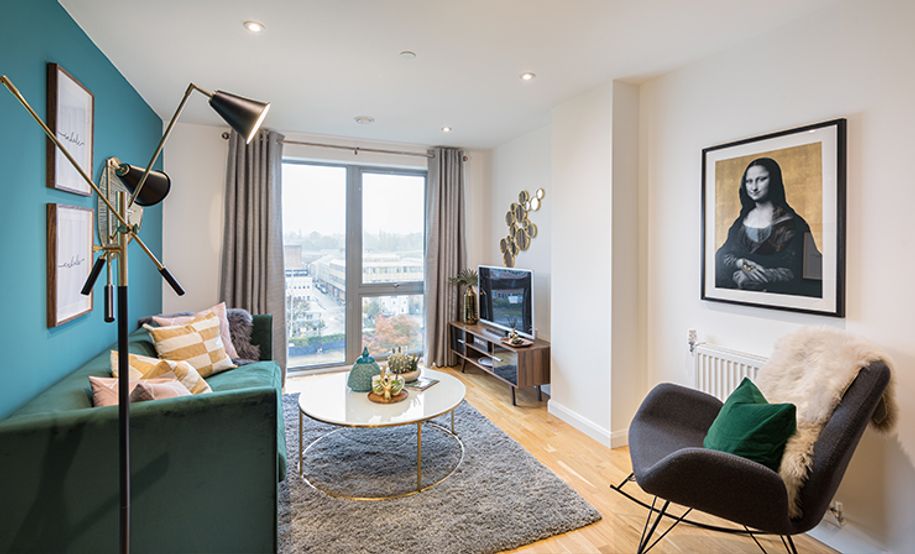 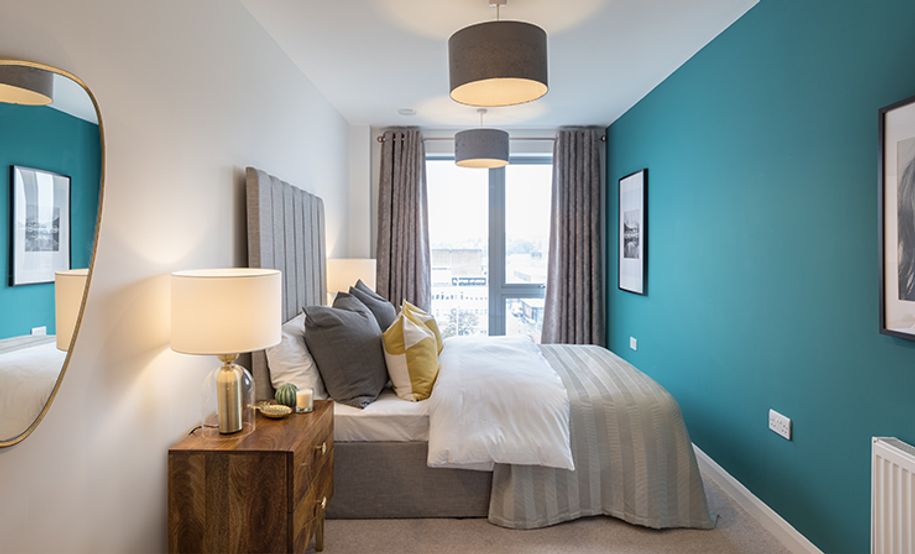 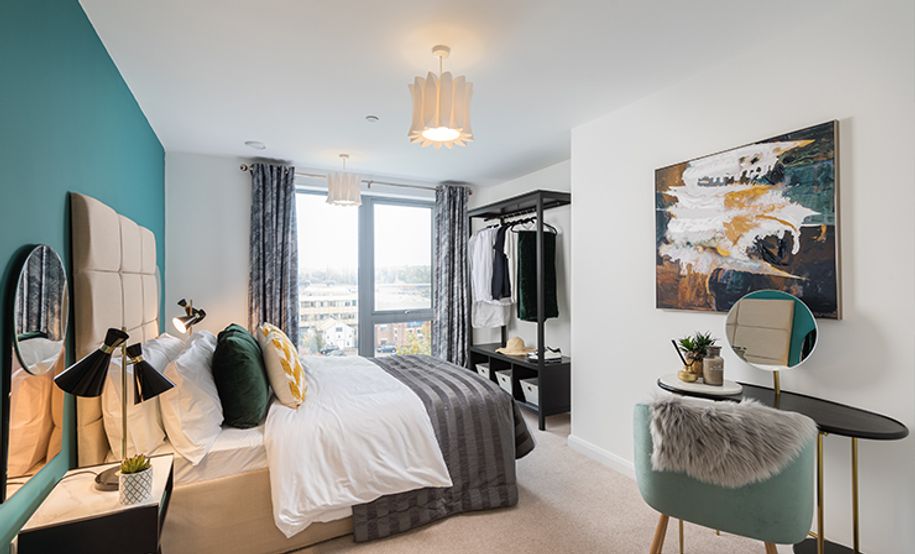 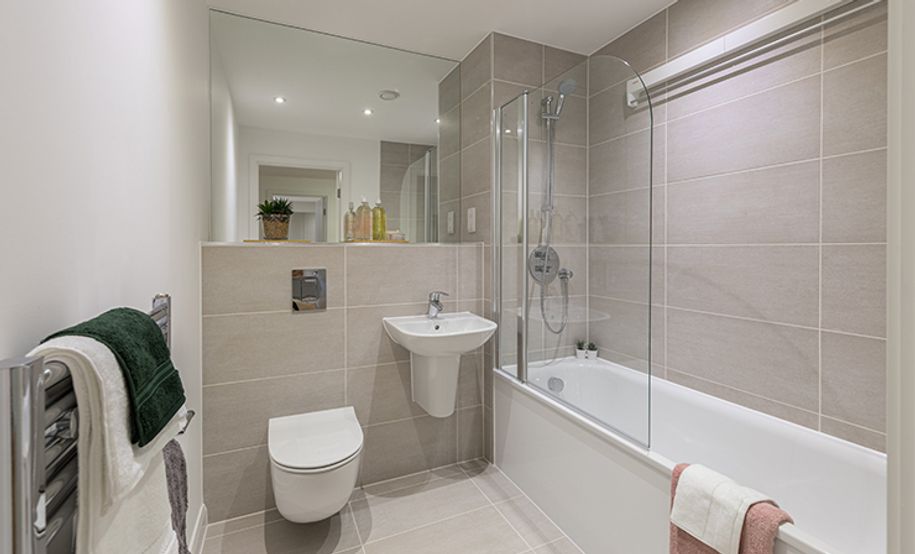 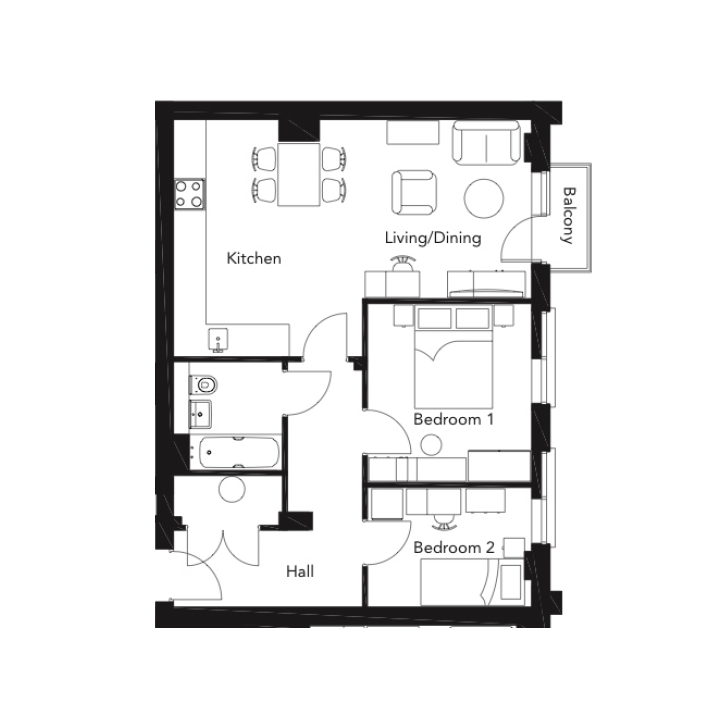 Calculated using a representative rate of 3.94%

The elegant kitchen boasts quartz worktops and integrated Bosch appliances while the living/dining room opens onto your private balcony.

The two bedrooms are bright and airy and offer plenty of space for furniture, so there's plenty of scope to add your own personal touches, while the modern bathroom features full-height porcelain tiling and Grohe fittings.

This home comes with an allocated parking spot in the secure internal parking, and there is 24hrs CCTV on the development, as well as secure bicycle store. Each home also features audio and video entry phone.

Price of this home
The full market value of this home is £370,000 but, with shared ownership, you could purchase an initial 25% share for just £92,500 and pay a monthly rent on the remaining share. If you're buying with a mortgage you may only need a deposit of 5% of the amount you borrow, meaning your deposit could be as low as £4,625.

Borehamwood is a small town on the outskirts of London mainly known as one of the main
centres of the UK film and television industries.

Situated in Southern Hertfordshire, it has seen a rising development from the 1920s after the construction of the film production studios. Moreover, the expansion of London's transportation network and the presence of fast train connections to the city have had a major impact on the populations' growth.

From the 1920s Borehamwood has earned the nickname of the 'British Hollywood' thanks to the construction of numerous film studios. Although most of them have now been reduced in size or
demolished, many films and shows are still filmed in the streets of the town. BBC Elstree Studios is no exception, still hosting nationwide famous shows as The Voice, Strictly Come Dancing and the popular soap EastEnders.

Today, Borehamwood is a residential suburb currently undergoing a substantial housing transformation. It offers several schools and large new shopping areas as Borehamwood Shopping Park. It is served by trains operated by First Capital Connect on the Thameslink route, and it is well connected with the A1 road and the M25 motorway.

About shared ownership
Shared ownership gives you the opportunity to get your foot on the property ladder at a price you can afford.

You qualify for shared ownership if you:

* Have a household income of under £80,000 (£90,000 in London)
* Don't currently own your home and can't afford to on the open market
* Can afford the minimum deposit
* Pass an affordability check to make sure you can get a mortgage

Get in touch to find out more

Photos and CGIs are for illustrative purposes only and may feature previous developments.

NB: this mortgage estimate is not confirmation that you can obtain a mortgage and you will also need to satisfy the requirements of the relevant mortgage lender. Nor is this a guarantee that in practice you would be able to apply for such a rate, and nor is this a recommendation that the rate used would be the best product for you.

View properties by this developer 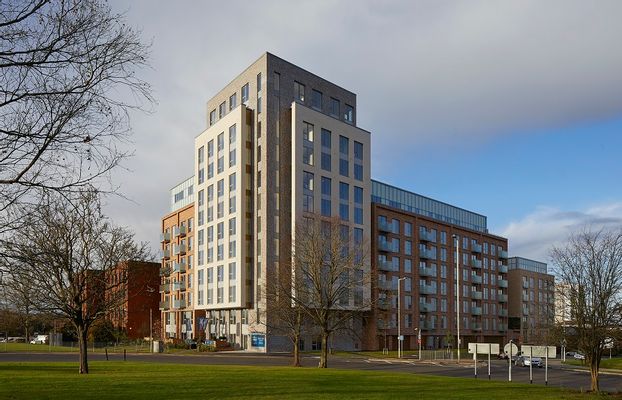 Development
Franklin Court
View development
Sign in to register your interest
Disclaimer
The information displayed about this property comprises a property advertisement. Share to Buy ltd makes no warranty as to the accuracy or completeness of the advertisement or any linked or associated information, and Share to Buy has no control over the content. This property advertisement does not constitute property particulars. The information is provided and maintained by the sponsoring housing association. Please contact the housing association or estate agent directly to obtain any information which may be available under the terms of The Energy Performance of Buildings (Certificates and Inspections) (England and Wales) Regulations 2007.

Shared Ownership New Build: Also known as part buy part rent, with this affordable home ownership scheme you purchase a share of a brand new property and rent the remainder from the housing provider. The price shows the minimum share available, and the size of the share you purchase will depend on what you can afford.

By submitting this form, you are instructing us to pass your info onto the housing provider or sales agent of this property, who may add your details to their database for contact. See our terms of use and privacy policy for more details.